Indie Movies. While the statement that indie movies are the best movies is remarkably unfounded, it has never had more support than it did this year. With the quality of mainstream Hollywood movies falling drastically, independent movies like Sing Street or Swiss Army Man were able to breakthrough into the spotlight. Now I understand that not everyone has time to sit around and watch movies all day, so I’ve decided to cut out the middle man for you. That’s why this week I’d like to provide a brief review of multiple independent films that came out this week. You can expect five reviews over the next five days. Today we start with The Fits, a film that despite having a name that connotates some sort of flashy Brit-Pop band is in fact a very subtle and fascinating film that deserves to be on your radar. 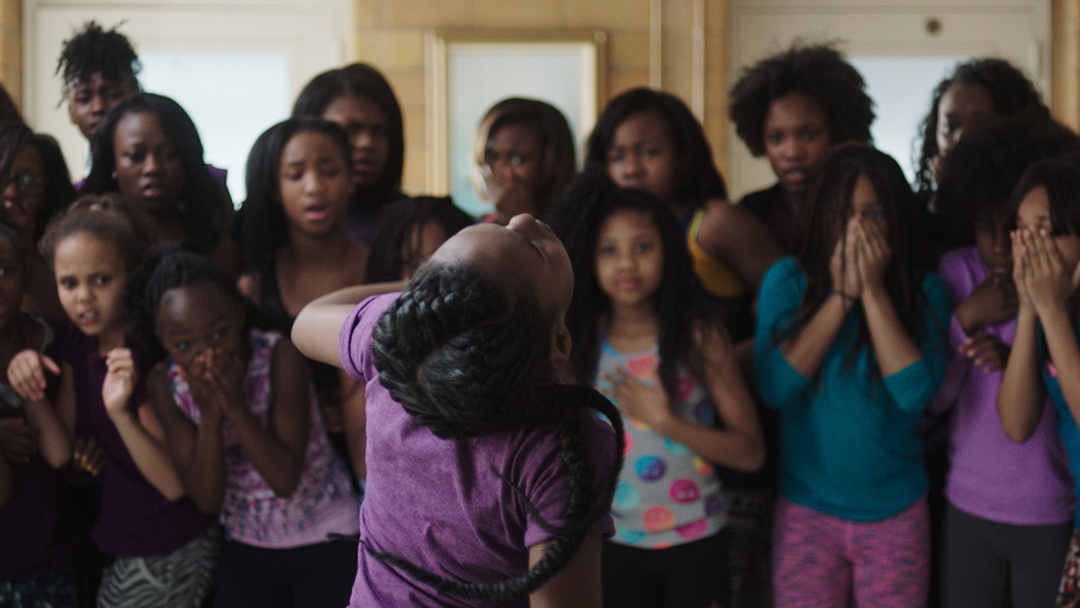 Oftentimes when it comes to Independent Cinema, the directors will tell a story with unique imagery and leave it up to you to decide what it means. This concept is at its most prevalent in The Fits, the most esoteric film I will review this week. Starring newcomer Royalty Hightower, a young actress with a performance every bit as marvellous as her name, it follows the story of a young boxer who wants not only to box but to dance as well. Unfortunately for her, the girls of the dancing troupe she joins start inexplicably having mysterious fits and convulsions; a conundrum with no rational explanation or solution. No matter how hard they try, no one is able to uncover the meaning behind these exhibitions, leaving Hightower to wait in quiet anticipation for hers to inevitably arise. If you’re hoping for the film to explain these fits to you in the end, you’d better keep hoping. Director Anna Rose Holmer doesn’t explain anything to the audience, which is this film’s greatest strength. Each of the unsettlingly histrionic fits are completely different, and the reactions of the girls are intentionally vitalized, allowing for a very stalwart response in the audience mimicking that of the spectators onscreen. Filled with peculiar imagery that leaves you thinking long after its stunning conclusion, The Fits is a very thought-provoking film that doesn’t compromise for the viewer once for the duration of its strikingly short runtime. This film is rather unfortunately short, at about 70 minutes, making it not exactly worth the price of admission. The film you receive is by no means a waste of time, but rather leaves you wishing you had more time with which to enjoy it. While Ms. Hightower and her friend played by Alexis Neblett are a great screen presence, some of the ancillary characters in the film are not necessarily the most adept of actors. According to the iMDB page, they used members of a local Los Angeles dance team to fill the supporting roles. This creates a somewhat contrasting effect. On the one hand, they are acting as real people, thus creating a very genuine feeling to the girls in the movie. On the other, they are noticeably amateur, which contrasts with the talent of Ms. Hightower. Ms. Hightower exhibits a very subdued performance, choosing to, like the rest of the film, not leave anything at face value, but rather lead you to explre the depths of her character on your own.  In the end, however, you’re left with a visually striking drama with a great message.

All images are from The Fits, a Yes Ma’am! production.