2016 The Indie Scene: Everybody Wants Some

In 1993, Richard Linklater provided for the world the now classic Dazed and Confused. A terrific film that seemingly had no plot other than the anticipation of an eventual party at The Moon Tower, Dazed and Confused burned its way into the American cinematic lexicon,  garnering a near cult following and even a position in The Criterion Collection. More than  twenty years later, Linklater released his spiritual successor to the original film, moving from the seventies to the eighties, and graduating from high school to college. Let us continue our series covering the indie films of 2016, with a brief discussion of Everybody Wants Some. 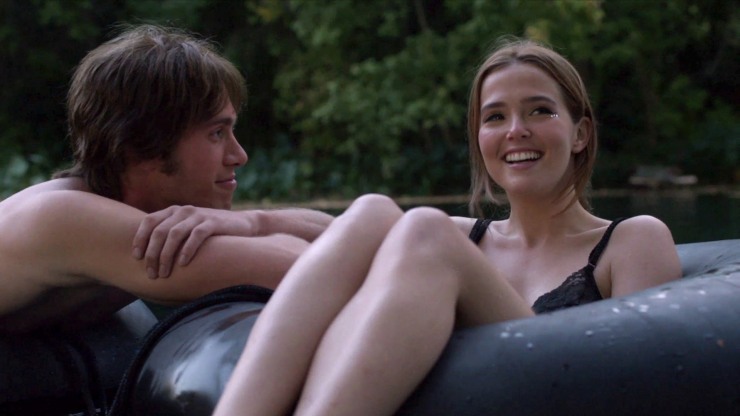 To ask what Everybody Wants some is about would prove utterly fruitless, as similarly to its predecessor, it doesn’t necessarily follow a narrative structure but rather simply serves to document a time and the experiences of those that occupied its events. The characters consist of a college baseball team during preseason all with very exuberant personalities and worldviews. The film chronicles their many attempts at romance and the competitive dynamics between the team. Let’s start out with the obvious question. Is it as good as Dazed and Confused? No. It simply isn’t. Dazed and Confused captured a magic that is impossible to replicate and was overall able to study characters in a humorous and inauspicious manner. What I mean to say is that it was a simple pocket of time that had no aspirations to advance beyond 1993, yet it was a welcome side-effect that it became so revered. Therefore, due to our august appreciation for the film, we naturally have unfair expectations for Everybody Wants Some to be of equal quality. This is a touchstone that the film does not meet, yet it does remain a perfectly entertaining and worthy film, despite its grandiose expectancy. The writing is humble and decidedly funny in a way that marks a truly proficient script. The characters are relatable and appealing,  in the way that they feel like guys you’d like to hang out with on a personable level. The collegiate setting is a comfortable locale that allows for humor in areas that Dazed and Confused simply couldn’t. It is a very simple film, not attempting to transcend anything but a simplistic look into the lives of these competitive college athletes. While the simplicity is the right way to tell this story, it might not be exercised to a degree that makes for a phenomenal film like Dazed and Confused was. While the original film was at times a delightful character study while still maintaining its carefree blitheful nature, Everybody Wants Some is just…fun. And while fun isn’t a bad thing, it’s not enough to make it into the immortal halls of cinema. And that’s okay. Not every film needs to be a paragon. And if you’re looking for an enjoyable viewing experience, Everybody Wants Some is a perfect film for you. Just be aware that it is no Dazed and Confused. But then again, will anything ever be again?

All images are from Everybody Wants Some, a film by Paramount Pictures

4 replies on “2016 The Indie Scene: Everybody Wants Some”