It’s the end of August, which usually means it’s time to look back and reflect on how terrible the month was. And for the most part, that is the case once again. After all, what have we gotten so far? The Emoji Movie? The Dark Tower? Woohoo. However, there is one notable exception: Logan Lucky. A film that is nothing short of a breath of fresh air, but unfortunately was seen by about seven people total. You know, give or take.

Logan Lucky follows the story of the Logan Family, three blue-collar Americans from North Carolina who create an elaborate plan to rob a Motor Speedway during the biggest NASCAR race of the year. If it is three things it is familiar, funny, and fresh. You see that? That was alliteration. Take notes, seventh grade English students. Now objectively, there is no subgenre of film that is more immediately entertaining than the heist film. All of the others, road trip comedies, claymation Halloween films, or paranormal teen romance to name a few, don’t have anything on the heist picture. The undisputed king of heist films at this point is the legendary Steven Soderberg, the famed director of the Oceans trilogy, and now, Logan Lucky. So if your biggest concern going into the theatre is whether or not the actual job itself is elaborate enough or executed well from a filmmaking standpoint, fret not. It’s in good hands. It is important to note, however, that this is not just a retread of Ocean’s Eleven with a redneck spin on it, quite the contrary. You see where Ocean’s Eleven is a slick classy painting of a martini with a silky smooth veneer on it, Logan Lucky is a polaroid of a firecracker that was left in the woods for a few years open to the elements. In the best way possible. 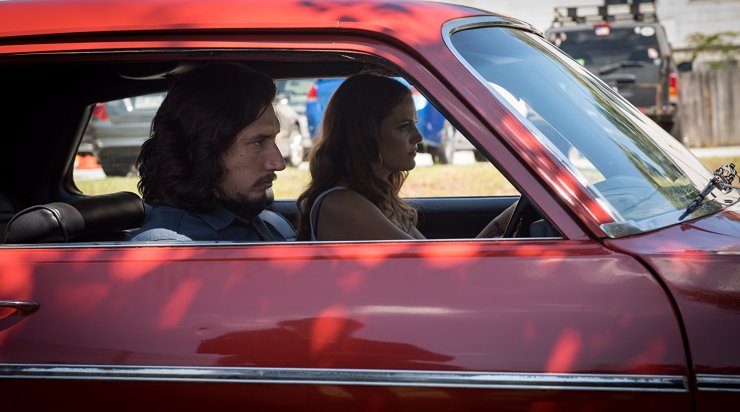 I think the best thing this film has going for it has to be its wholly individual tone. This movie knows what it wants to be and doesn’t try to be anything else to anyone else. Oftentimes when Hollywood makes movies about NASCAR America, they do so in a jeering manner, as if to say, “look at these backward people we’ve never met before. Let us laugh at how simple-minded they are.” Logan Lucky is clearly not this at all. It feels so effortlessly North Carolina it might as well have been a documentary. Granted there is some mugging for the camera, mainly with the Bang Brothers, but it seems to be from a place of love, rather than being an act of malice. All of the actors in the film do a great job of being both realistic to the environment and still delivering fantastic performances. A syndrome that afflicts actors who create characters from other places is that they focus so much on being accurate to the locale that they forget that they’re supposed to be performing as well. Thankfully, this film is immune to this phenomenon. Channing Tatum delivers the leading performance where he gives an endearing fatherly persona that we have yet to see from him in the past. His brother is portrayed by the incomparable Adam Driver who literally never ceases to amaze. Whether he is being a Spanish priest in Silence or a soft-spoken one-armed southern bartender in Logan Lucky, he always gives a brilliantly realized performance that is simultaneously innovative and timeless. His sister is played by the lovely Riley Keough who is absolutely someone to watch. She’s popped up in a few little things this year and has the potential to break out in a bombastic way. Daniel Craig is in the film as Joe Bang the demolitions expert. He is clearly having a fantastic time which is beyond refreshing to see. Most of his previous work has had him looking incredibly depressed, so it’s nice to see him having fun again. The only actor who didn’t click for me was Seth MacFarlane, however, he had a fairly small role so he wasn’t intrusive enough to affect my overall appreciation for the film.

Right from Jump Street, you can tell that this film is the work of a veteran director. Soderbergh brings a touch to this film that makes it feel impeccably effortless. He fully delivers on the cardinal rule of showing not telling; characters are realized without obvious explanatory scenes or bits of dialogue, but rather subtle and intimate motions or gestures. The actual heist itself unfolds for you without clunky scenes where we get “the rundown” or obligatory voice-overs. Soderbergh actually photographed and edited this film himself which created an auteur-like quality that isn’t commonly found in films of this nature. I guess it sounds stupid to say this feels like “a real movie” but there really isn’t any other way I can think of to articulate it. There are a few issues with the overall product; I sometimes struggle to understand the motivations of the ancillary characters, but I suppose that’s able to be overlooked since Tatum’s role is so well realized. North Carolinians speak considerably slower than most people, which kind of hurt the comedic timing at parts as they were letting the syllables draw out as much as possible. Other than that, though, this movie is incredibly solid. It’s a shame that it hasn’t been seen by more people as it really deserves the best. The blame should be put on the studio for burying it in the dregs of August, which is basically the worst time to put a film on your schedule, save for the first weeks of January. Oh well, if you find yourself with a free weekend in the coming days, providing you don’t drown in the hurricane, I’d absolutely recommend you give this one a shot.

All images are from Logan Lucky, a Bleecker Street production

One thought on “Logan Lucky”