Imagine you’re at Walmart, right? And you really just want to go to the movie section, but to get there, you have to pass through the “literature” section. As you walk down the aisle you stop by the action/thriller section and you see all of the novels that are essentially indistinguishable from one another. They each have the author’s name in giant bold text and have generic cover art like a gunsight or a faded American flag or something like that. You know, the kind of bestsellers that your dad reads. Pick up any of those books and option it to a movie studio and you’ve got yourself American Assassin. It’s basically exactly what you think it is. It’s the story of an extremely gifted young military renegade who is enlisted by the CIA to be trained by a grizzled hardnosed lieutenant to go on a covert special ops mission to take out a rogue ex-military guy. I suppose the edge to this movie is the main character’s unique affinity for tracking down and killing terrorists. The movie opens with Dylan O’Brien and his fiancee having a lovely vacation in Mexico, when, all of a sudden, a bunch of jihadist terrorists shoot up the entire beach, killing everyone except for our main character. Thus, we have an inciting incident for Dylan O’Brien to want to dedicate his life to taking down any and all terrorists threatening our nation, and he doesn’t want to play by the rules to do it. 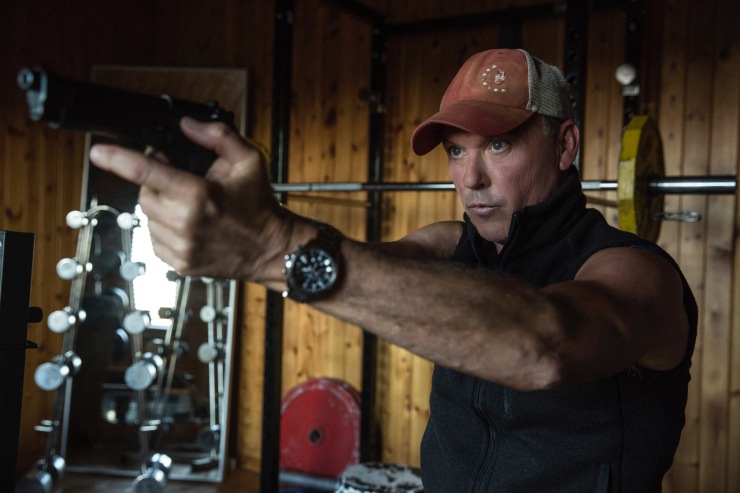 This movie is more entertaining than it has a right to be, honestly. Director Michael Cuesta has given us an essentially harmless movie that keeps your attention for two hours without ever really going out of its way to be something different or exceptional. Save for a notable torture sequence towards the end, most of the movie’s sequences have been done before and probably better in other action films over the years. The fight choreography is definitely done in the modern style of shaky camerawork and quick cuts so that you get the illusion of excitement without actually being able to see anything inspiring on the screen. This is, for the most part, subdued, but there is one fistfight on a boat that is absolutely intelligible. Dylan O’Brien provides a perfectly serviceable performance as the eponymous assassin, delivering lines with just enough intensity to be believable without being goofy or extraneous. The villain, played by Taylor Kitsch, also provides a decent performance, even though he’s not exactly a revelation. Really the movie’s biggest strength is Michael Keaton as the CIA training-guy. He keeps the action moving and feels believable as this character with a background and strong motivations. Everyone else in the film is really hit or miss.

Hit or miss is probably the best way to describe American Assassin’s screenplay. It does have some genuinely interesting and intriguing moments, but in many areas, it just screws up when it comes to storytelling. Dylan O’Brien’s defining character trait is his consistently erratic behavior, something for which he never receives any consequences. In fact, he doesn’t really undergo a character arch at all. It really bothered me the way they glorified his rashness without ever providing a reason why he shouldn’t be that way. The rest of the movie is relatively harmless, except for an incredibly messy conclusion that could easily have been reworked to be more succinct and less absurd. If movies like American Assassin interest you, then by all means go see it. It’s a perfectly entertaining little thriller. As for the rest of you, you’ll probably be alright waiting until it premiers on FX.

All images are from American Assassin, a film by Lionsgate

One thought on “American Assassin”