After years of homogenized comic book films, the constant dirge of uninspired action and pandering jokes caused my unhealthy cynicism about the superhero genre to grow to a fever pitch, only to be squelched this year, after each release was better than the last. Between Logan, Guardians of the Galaxy 2, Wonder Woman, Spider-man, and Thor, my faith in the genre was finally restored. And so, I suppose I have to thank Justice League for crushing it once again. 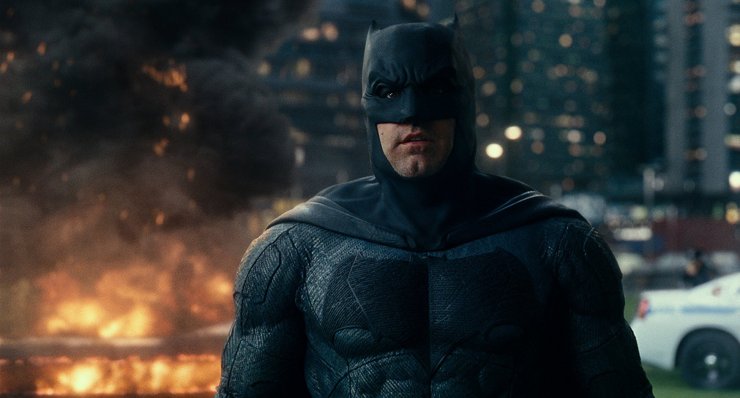 The problem with films like Justice League is they’re just not bad enough to call a disaster. But, they’re so arduously mind-numbing, that they are actually less entertaining than films that are genuinely horrible. Watching Justice League is like watching a film in which every aspect of the filmmaking was dialed up to about 40%. It’s not good, in any sense of the word, it’s not good. But it’s also not horrible. It just…is. It’s incredibly difficult to describe the blahness of it all, without witnessing it yourself, but you don’t really want to waste your time doing that. The best comparison I can provide is, imagine you are poured a strawberry milkshake. On the outside, it looks questionable but not bad enough to be genuinely worried. You take a sip of it and you taste…nothing. It literally has no taste. It doesn’t taste like a delicious strawberry milkshake, but it could be worse. It could taste like rotting flesh. Justice League is a $10 nothing milkshake that you are forced to drink until it is empty.

There are stories upon stories about the production of this film. The first director had to step away for personal reasons, and the second came in to touch things up into the finish line but wound up committing to a nearly $80 million series of reshoots just months before release date. That, coupled with the domineering interference Warner Bros puts in to seemingly every DC film, created a confusing mess of a film that was just barely enough to be coherent. One could argue forever about what this movie could have been if none of these circumstances were realities, and they surely already are, but at the end of the day, these debates are fruitless, as this was the film we were presented. So let’s get into it. Most of the actors have checked out, and the ones who were trying, (Jeremy Irons and Jason Momoa) were given asinine lines that would be a feat for even the greatest actors to deliver competently. Gal Gadot was clearly trying her best, but whichever director was working during her scenes clearly didn’t know how to tailor the scenario to draw out her best performance, as Patty Jenkins could. The writing in this movie fails spectacularly, as any presence of tension is virtually nonexistent and nearly all attempts at humor fall with a resounding thud. Characters are introduced and even reintroduced without pomp or circumstance and any exposition provided is either swept under the rug or implanted in the wrong places so that anyone uninitiated in the world of these characters would be dramatically confused. 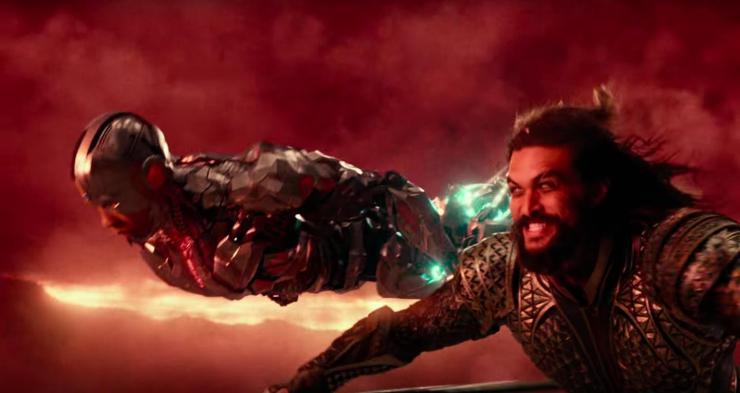 You know, I’ve gone on the record saying there is no such thing as bad CGI anymore, but I was astounded to discover that awkward and poorly-composed effects are not only still possible, but they’re possible in a 300 million dollar film. There were shots in this movie that just flat out looked bad and I’m not even talking about Henry Cavill’s wax figure upper lip. Even the stuff that they actually constructed felt fake, from their goofy sets and pastiches of costumes. The entire third act of this movie looked and felt like a video game, so much so that I half-expected my popcorn bucket to transform into a controller so that I might be required to play my way through the conclusion of the film. That might have almost been better, as the filmmakers clearly didn’t know how to end it themselves. I’d like to point out that the big climax of The Avengers lasts for upwards of forty minutes, whereas the big showdown at the end of this one couldn’t have been more than ten. The movie just starts and then it just ends with an absurd amount of airtime in between that are some of the most forgettable scenes presented this year. The film doesn’t even have a tone and basically every scene is edited too short so as to fit the studio’s mandated 120-minute runtime. Rather than feel tight like they intended, it wound up feeling like we were only delivered half a movie for the price of a full. I’m attempting to recall things that I genuinely enjoyed about the film, but if any of them existed, they have been promptly forgotten in the time since my screening. I guess after reading a review like this, you’re expecting me to give it an F, but that’s just the thing. The movie has such a commitment problem that it can’t even commit to being an absolute failure. Perhaps I’m being too harsh. There were a great many people who worked on this film, and to them, I have to apologize. I’m sorry that you worked on a movie for so long and did your absolute best only to have the powers at be step in and just hack it to bits. Better luck next time.

All images are from Justice League, a movie by Warner Brothers Entertainment.