A Quiet Place is, beyond a shadow of a doubt, a cinematic experience unlike any other. But, while still an effective piece of filmmaking, it ultimately feels like an experimental short film that was stretched to fill an entire runtime. 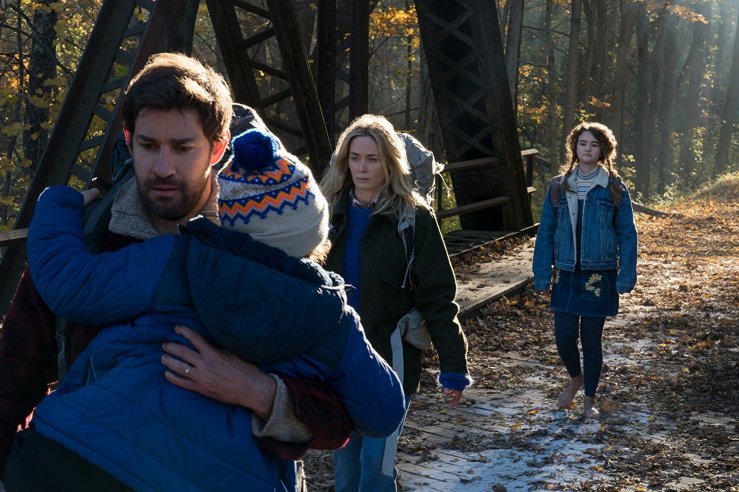 John Krasinski has written, directed, and starred in a film that is virtually unlike any other. This film takes place in a post-apocalyptic world threatened by a species that attacks anything that makes noise. In order to survive, the unnamed parents played by real-life couple John Krasinski and Emily Blunt, along with their two children, have had to adapt to a life of silence. This propels us into a nerve-wracking ninety minutes of extremely limited audio. There is very little spoken dialogue, with much of the communication between characters being delivered through subtitled sign language. The first thirty minutes or so of this film are some of the most stressful scenes I have ever sat through, as we have yet to see the film’s Gigeresque antagonists and are literally jumping at every snap of a twig or, even worse, every time a fellow audience member takes a bite of their nachos. Once the “action” picks up, so to speak, I was dismayed to discover that the brilliance of Krasinski’s storytelling device wound up muddled by a traditional horror score. I feel that the last act of the movie could have been considerably more intense-and quite honestly more interesting-had they stripped away most of the music and allowed for the nail-biting silence of the first act to transfer over to the bombastic third.

While I do concede that this is a very well-directed film, I couldn’t shake the notion that it felt a bit lacking overall. The movie is very straightforward, which works to its benefit generally but I don’t believe that the story it is telling warranted a full screenplay. Granted, the movie is a tight ninety minutes, but much of that is spent retreading familiar territory and going back to the same well for scares. In my opinion, there are two sequences in this film that are genuinely great. The opening minutes are incredibly affecting and help put us right into the world this movie embodies. And right in the middle, there are about twenty minutes where it cuts back and forth between one half of the family and the other all to culminate in a fever pitch that I feel to be just perfect. While it might have worked better as a short film, what we did get was a very intriguing exercise in horror filmmaking that shows a lot of promise in Krasinski as a director. He has a very clear understanding of how to use a camera to his advantage, with the visual language of A Quiet Place communicating volumes through a close-up of someone’s face that many films abuse expositional dialogue to achieve the same goal. But I just couldn’t help but leave wishing there was more to it. 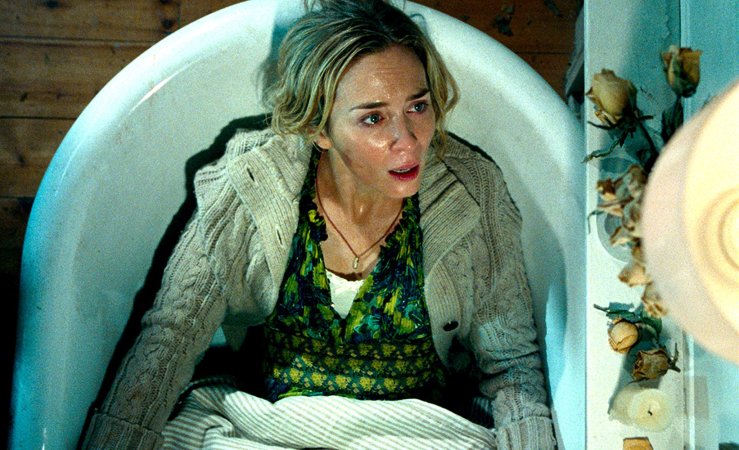 The actors in the film do a great job, especially considering the entire film is resting essentially on just the four of them. Noah Jupe, who was recently seen as one of the friends in Wonder, plays the son and accurately portrays the kind of fear that one would be constantly experiencing if they grew up in this hellish environment. The daughter is one of the most conflicting characters in the movie. She is deaf and is played by Millicent Simmons, a young actress who also just happens to be hearing-impaired. Simmons genuinely does a great job here but the character is written to make some very poor decisions. I suppose that is a necessity in a horror film, but it seems out of place among the other characters who exhibit far more common sense. John Krasinski is a commanding presence on the big screen and probably has the best scared face in the business. But Emily Blunt, poor, poor Emily Blunt. The script really puts her through hell and she tackles it with tenacity. With each scene that piles on more strife for her character, she becomes more and more harrowed until by the end she is almost a walking corpse. Genuinely the best performance in the movie. 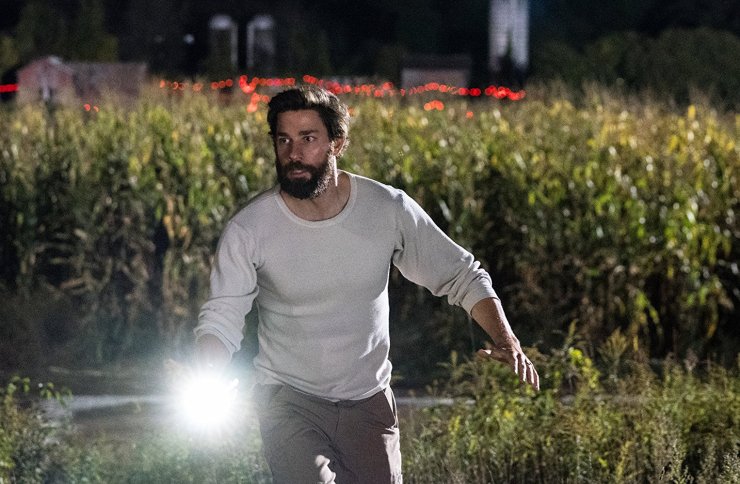 At the end of the day, I think everyone should see A Quiet Place in theaters. It really is an experience unlike any other. But, while I thought the gimmick wore thin after a while, who knows, it might wind up becoming a modern horror classic. After all, while the front thirty is too lacking and the back thirty is too excessive, that middle thirty is some of the most inventive horror cinema I have ever seen. It’s worth it, just for the discovery of just how much a single cough can derail an entire auditorium.

One thought on “A Quiet Place”