The first frame of Searching announces to you exactly what kind of film it’s going to be. The traditional, rolling hills background from an early build of Windows. You watch the pixelated cursor go through various files and images. You watch as the user uploads pictures of their daughter on her first day of kindergarten. Then first grade. Then fourth grade. And so on and so forth. Continuing on, you see .wav videos of piano recitals and family vacations…until an email from a doctor comes through. Now you watch the cursor look up cancer treatments and how to be emotionally supportive as a family. More and more doctor’s visits get added to the calendar until one day…they stop. Over the course of about four minutes, the director, Aneesh Chaganty, communicates an entire story using nothing more than a computer screen. That is impressive enough as it is, but only gets more so when he accomplishes the same thing over the next hour and forty. 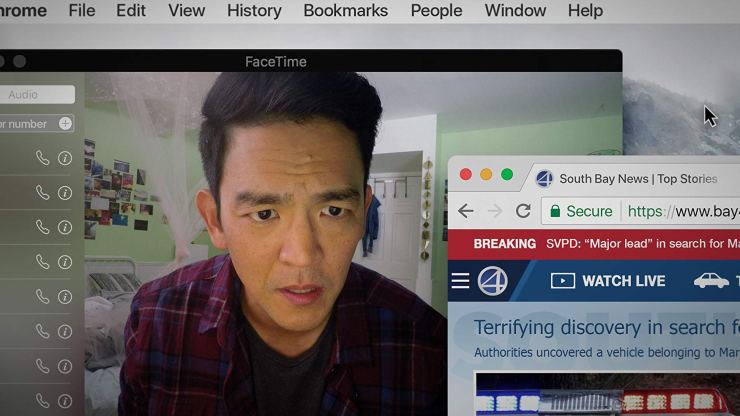 Searching is not the first film to transpire only on computer screens, that honor goes to innovative but silly 2015 film Unfriended. But, while not the first, I can say that unless the genre grows exponentially more popular in the years to come, this will be the best entry in the “digital display thriller” umbrella. Unfriended uses the computer screen as a trapped perspective for its supernatural scares to have more effect. Searching, on the other hand, generates tension based on the audience’s own personal paranoia about raising a child in the digital age. A story that would otherwise make for a pretty average thriller becomes something more when the viewer is welcomed into the same panicked perspective as the father of a missing child, simply through his frantic searches through her MacBook. Tensions are created through missed notifications and Instagram comments. With each new development as we learn more and more about Margot, the daughter portrayed by Michelle La, we only get more invested in the story. You find yourself on the edge of your seat for him to scroll through her Tumblr account, a sensation that is so bizarre it can only be understood by buying a ticket. 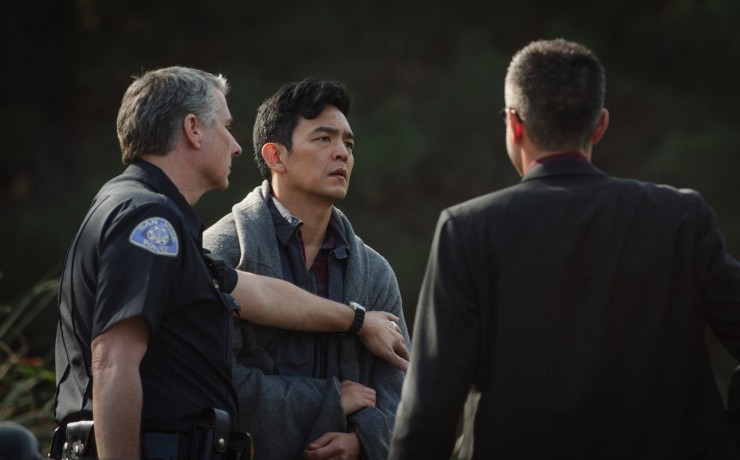 Chaganty did a wonderful job as the writer/director, but let’s be honest. The real MVP of this film has to be John Cho. Most of the film is just FaceTime footage of his concerned face, his visual consternation growing as the search becomes more hopeless. His performance in this film is very impressive, as it not only accurately portrays the pathos of a father in his position, but it also feels incredibly natural. It is not an easy thing to feel believable as a person just casually answering the phone, nor is it simple to visually portray the difference between an absentminded scroll versus one more frantic, but he perfectly nails the distinction. Cho doesn’t get much credit as an actor, but between this and last year’s Columbus, he’s suddenly become a lot more interesting as a talent. I’d recommend coming to see this film just for him, but the gimmick of the computer screens just makes it all the more worth it. The film gets a little more outlandish in the last twenty minutes or so, but at least I can say the script doesn’t run out of ideas (for better or worse). There are a few choices here and there that I wish were different, mainly the score which I found to be intrusive now and again, but really, at the end of the day this film is well worth the price of admission. Especially if you’re in the market for something a little more refreshing than your average September release.

All images are from Searching, a film by Sony Pictures